The future in tinnitus treatment

Apply these simple techniques to manage your tinnitus and reduce your level of tinnitus perception.

The Neuroscience of Tinnitus

Learn about the basic neuroscience behind tinnitus.

Several central nervous system phenomena have been proposed to explain the emergence of tinnitus. In individuals with tinnitus, changes in the electroencephalograph (EEG) are pronounced in recordings from temporal regions which strongly correlate with the level of tinnitus related perception and distress.

Research also suggests that in tinnitus the midbrain auditory  nuclei receive substantial sensory innervation from higher centres and the subjective experience of sensory phenomena is strongly modulated by attentional affects which can cause changes in auditory cortex activity levels.

Modulation of these parameters can be achieved through the specialised application of either one or a combination of tinnitus counselling, neurofeedback and/or hypnosis. 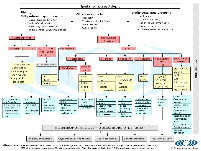 Many different functional and structural imaging techniques have been used to identify structures in the central nervous system which are believed to play an important role in the pathophysiology of many forms of tinnitus.

The neuroimaging methods functional magnetic resonance (fMRI) and positron emission tomography (PET) enable to measure regional changes of cerebral blood flow, which in turn is an indirect measurement of neuronal activity. Electro- (EEG) and Magnetoencephalography (MEG) measure neuronal activity directly. Alterations in the central auditory pathways in tinnitus patients have been shown already 15 years ago. However it has been only very recently that neuroimaging studies have systematically been used to differentiate the different forms of tinnitus (unilateral versus bilateral, pure tone versus noise like, with more and less distress, with shorter and longer duration) (Schecklmann et al. 2011;Vanneste, Van de Heyning, & De Ridder 2011;Vanneste, Van de Heyning, & De Ridder 2011). It has been demonstrated that all these forms differ in their brain activity pattern, especially in non-auditory brain areas. Also for the first time brain activity changes related to acute tinnitus after noise trauma have been studied (Ortmann et al. 2011) and it has been found that these differ substantially from those in chronic tinnitus.

This flowchart is an interactive PDF-document.

You find detailed information by clicking the boxes of the main flowchart slide. Links to explanatory slides are always marked by an arrow. By clicking on the "home" symbol in the bottom right corner you get easily back to the main slide.This TRI Flowchart for Patient Management will contribute to a better diagnosis and treatment of the many tinnitus patients worldwide,